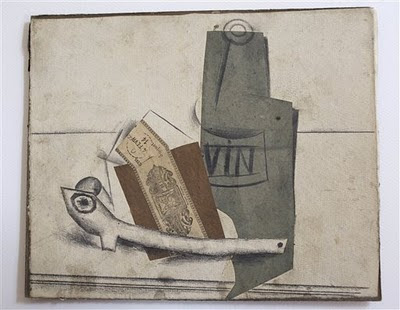 Think you've seen enough Picassos?  Not a chance. You are not permitted to leave the table...expect a couple of books, films and souvenirs to emerge following the recent find of nearly 300 previously unknown works by the 20th century master. And thanks to a retired electrician and his wife, Pierre Le Guennec.

But the heirs are not pleased and a giant legal battle is on its way.  One of the delicious quotes coming out:

"When Picasso made just a little drawing on a metro ticket, he would keep it," said Jean-Jacques Neuer, a lawyer for Picasso's estate. "To think he could have given 271 works of art to somebody who isn't even known among his friends is of course absurd."

A retired French electrician and his wife have come forward with 271 undocumented, never-before-seen works by Pablo Picasso estimated to be worth at least euro 60 million ($79.35 million), an administrator of the artist's estate said Monday.