THE 80s : Phillips de Pury Auctions Off A Decade That Changed Everything 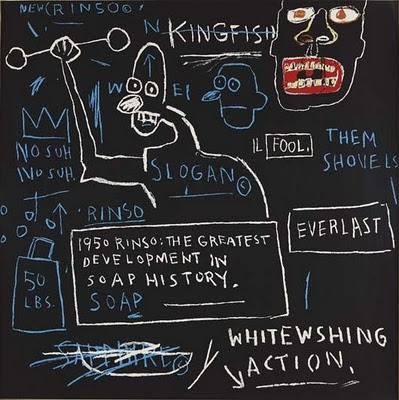 Out of the rubble of the East Village in New York, the Mudd Club and the spray painters, came one of the most energetic art explosions on the planet.

Jean-Michel Basquiat, Keith Haring, David Salle, Kenny Scharf, Donald Baechler, Julian Schnabel and others grew up and out through the desperation of the late 70s and carved their names big and loud in the 80s.

The decade saw the creation of an art set, hundreds of galleries and the drugs that fed them all, plus the appetite to consume it all. Andy Warhol loomed large over the art production that pumped out of downtown culture and embraced in his own twilight Basquiat and Haring as well as hundreds of other stars like Madonna through his magazine Interview. Late in the decade, AIDs had taken many, heroin others and Warhol himself, succumbed to death on the operating table at a gall bladder surgery gone wrong.  By the time the 1990s came around, Soho was ready to move West, towards Chelsea.  And those left standing limped off the big stage. 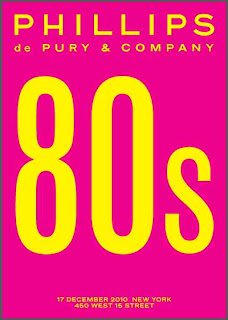 Browse the catalog and see the details: THE 80s at Phillips de Pury.